How to End a Story

There’s an old adage that any story is only as good as its ending. While this isn’t entirely true, there’s certainly wisdom in abiding by it. Think about the anger fans of Game of Thrones felt at how their favorite show ended. Lost experienced a similar problem and the Coen Brothers faced criticism from many moviegoers about the anti-climax of No Country for Old Men.

Regardless of how you feel about these individual cases it is undeniable that an ending is crucial to leaving your reader with a positive impression of your story. A brilliant screenplay with a bad ending is irreversibly tarnished. Here are some pointers to make sure that your ending is as strong as possible.

Imagine reading a script and finding one of the side-plots really interesting. How is that tangential plot going to play into the finale of the script? Is this side character going to change everything once they play into the main plot? Surely the writer has a masterplan to make these threads coalesce?

And then the script ends without tying the plot threads up.

This is especially frustrating as a reader as you have spent energy getting investment in something that wasn’t concluded, and in a strange way you can feel cheated by the writer. Having a reader feel cheated is bad news so you need to comb through your script and make sure every single plot line is resolved by the end.

Think of Chekov’s Gun. This simple dramatic rule argues that if a mounted gun is shown in the first act of the story, the gun must fire by the third act. In other words, any elements that you drop into your script need to pay-off so that you can leave the writer with the satisfaction they desire.

Get a piece of paper and write out every plot line in your script. Ask yourself honestly whether the finale of your script specifically weaves these plotlines together into a coherent whole. If they don’t, consider reworking them so that you can deliver a finale that pays off all the hard work you’ve already completed.

Arc Studio Pro’s story-building features are an easy and intuitive way to keep track of all your storylines so that none go unresolved by the end of your script.

The Ending Must Show Change

There’s little more comforting than having a story reaffirm our belief that we can all change. Character arcs, by their nature, end in a different place where they began. If your badass action hero is the exact same person at the end of the script than they were at the beginning then you have a major problem.

Change is how we feel pathos. There’s some easy ways to illustrate the change in characters in the finale. Perhaps the most common is to write a scene that is a direct mirror to a scene in the first act, but this time have the protagonist make a different choice. Having a character embody change through their actions is incredibly satisfying and lets the audience realize the change they’ve just witnessed.

Think about Chazelle’s masterful ending in Whiplash. Through the narrative action of the finale, the protagonist is irreversibly changed. Neiman is once again performing for Fletcher (just like the first scene of the film), but this time the characters coalesce in a spell-binding declaration of musical mastery.

Zooming out, this is a matter of making sure that your theme is embodied through the narrative action of your finale. Remember, your theme is an argument.  A theme is not “brotherhood”, a theme is “humanity stands stronger together”. Therefore, your finale should be the ultimate statement of your argument.

It doesn’t have to be complex. In the Hobbes & Shaw, the climactic fight with the antagonist shows through narrative action the change in the titular protagonists. At the beginning of the story they were unable to work together. In contrast, the ending shows that by working together they are able to conquer the antagonistic threat making a strong, if not simplistic, argument for teamwork’s effectiveness:

Learning how to write using the three-act structure can be very helpful in constructing your ending. After all, an ending is nothing without a beginning and a middle. The emotional impact of an ending is predicated upon the journey you’ve already brought the reader on.

John Yorke, writer of Into the Woods proposes that theory that narrative structure is inherently symmetrical with the midpoint of the story being the dividing line. Yorke argues that the beginning and the ending are direct mirrors of each other.

To broaden this point, Act One and Act Three are mirrors of each other. If act one clearly shows where the protagonist begins, act three should demonstrate how they have changed. Your first act should establish the world of your characters, so act three should show how that world has changed. If your first act hints at the theme of the story, the third act should drive it home.

You want to try and illicit a strong response in your reader through your ending. If you want tears to flow, the ending is where you need to turn on the fire hydrant. Unfortunately this results in many emerging writers resorting to endings they’ve seen before in order to mimic the effects they felt when they first experienced it.

There’s nothing inherently wrong with this approach. If you subscribe to John Campbell’s theory of “A Hero with a Thousand Faces” then you’ll know that much of humanity’s storytelling traditions recycles the same ground over and over again. However, the most effective endings are the ones that deliver a satisfying conclusion in an unexpected way. Take Fleabag, a fantastic show that playfully subverts your expectation of the “dramedy” that has an ending that hits like a two-storey bus.

Pixar are the king of this approach. Family films are particularly prone to predictable endings, but in recent years Pixar have fine-tuned their endings to demonstrate a surprising dramatic change in their characters, pulling the rug out from under the audience, and realizing the true message of the story.

Let’s use Inside Out as a case study. Throughout the film we are invited to identify with Joy. Her victories are our victories, her misery is ours too. Everytime Sadness annoys Joy we are annoyed too. The plot of Inside Out follows a conventional adventure format of two characters trying to get from one place to another, but along the way our expected resolution of the story (being happy is better than being sad) is subverted in the finale (it’s ok to feel sad).

This is why these movies pack such an emotional punch in their final acts. They subvert our expectation of what the message of the film will be and drill down to an unconscious truth that we didn’t know we knew. A movie telling us that it’s ok to feel sad is so emotionally wrenching because it’s not something an audience hears very often, and having that truth acknowledged is rich with pathos.

Your ending is just like any other part of your script, made up of dialogue, action, and parentheticals. However, the most satisfying part is those final few words that signal to the reader that they’ve reached the end.

There’s no hard and fast rules here so feel free to experiment. The Social Network specifically cues in the final credits of the movie, impling a kind of musical stinger at the very end of the story.

Chazelle’s script for Whiplash uses the most common method of ending your script. A transition line for cutting to black followed by the famous bold underlined phrase “THE END”.

Or, if you don’t feel comfortable with a transition, you can do what Tarantino did in the script for Pulp Fiction and keep it simple.

Endings have to be specific and tailored to their story. Lifting the ending of one story and trying to paste it into your own rarely ends with strong results. Instead, a great ending ties up the loose plot threads of the story, demonstrates change within the characters, and surprises the audience’s expectations of where the story is going to go.

Your ending is your final opportunity to wow your reader, so do everything in your power to make the pathos ring true, the images to be memorable, and the theme to resonate in each narrative action. Do this and there’s no doubt that your ending will be a satisfying conclusion to your story. 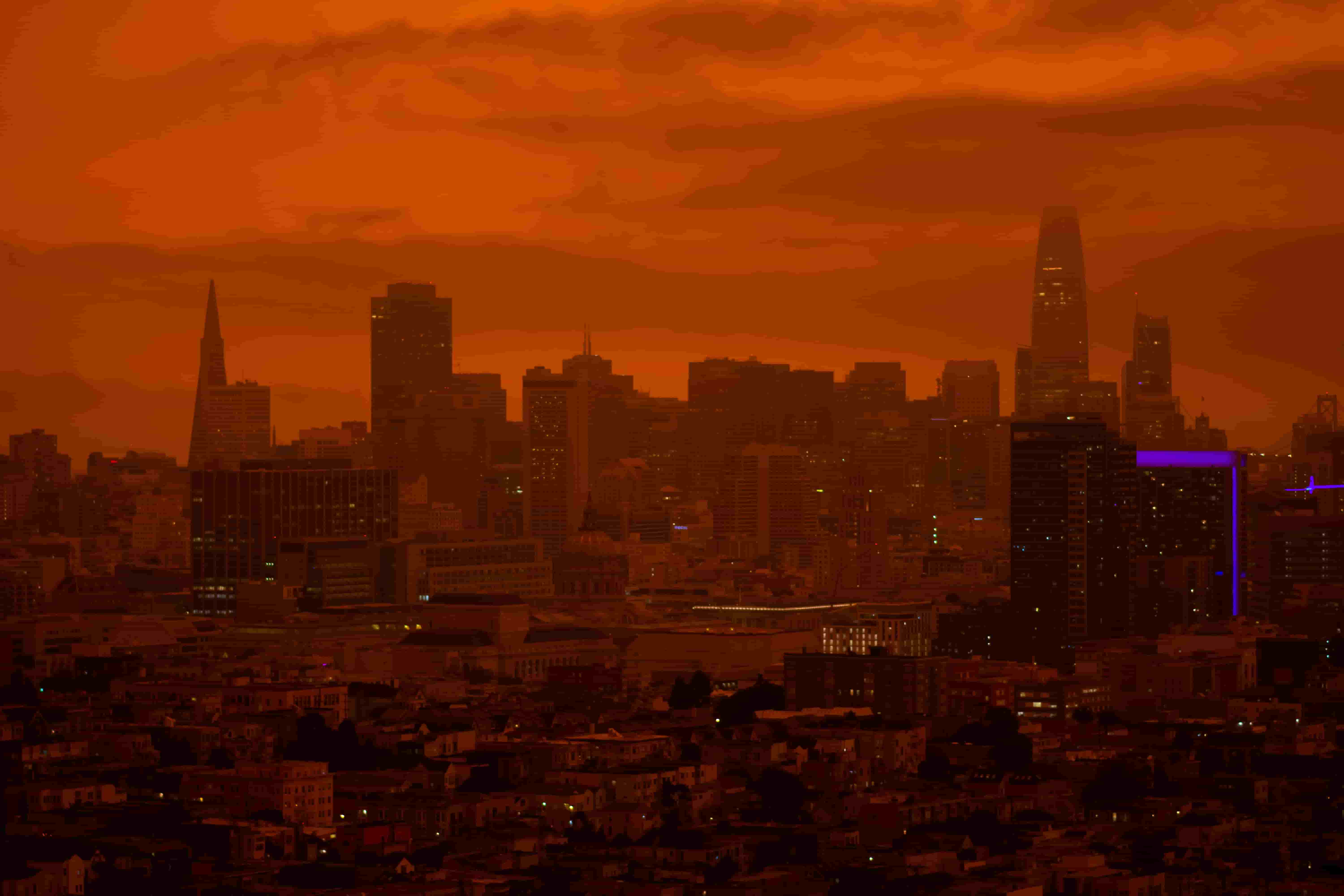 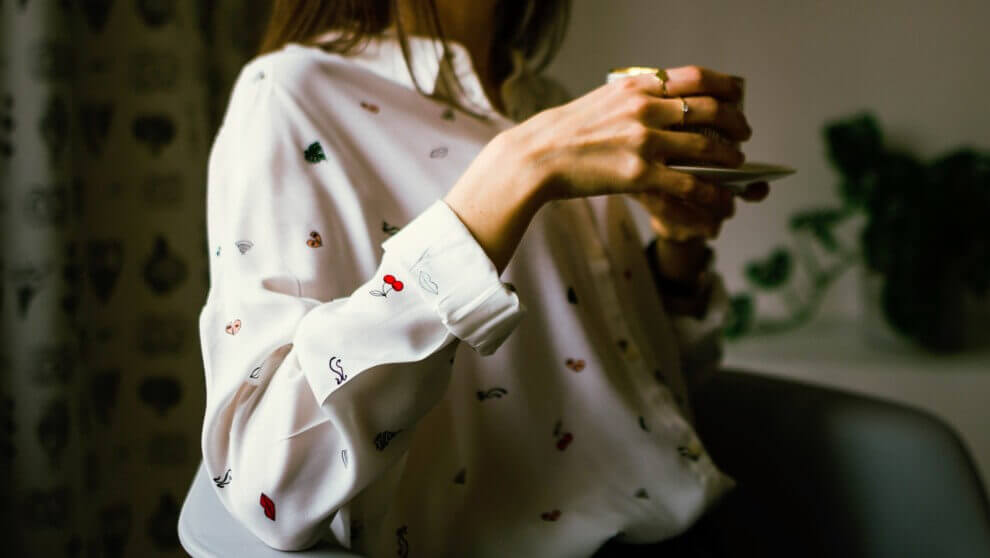 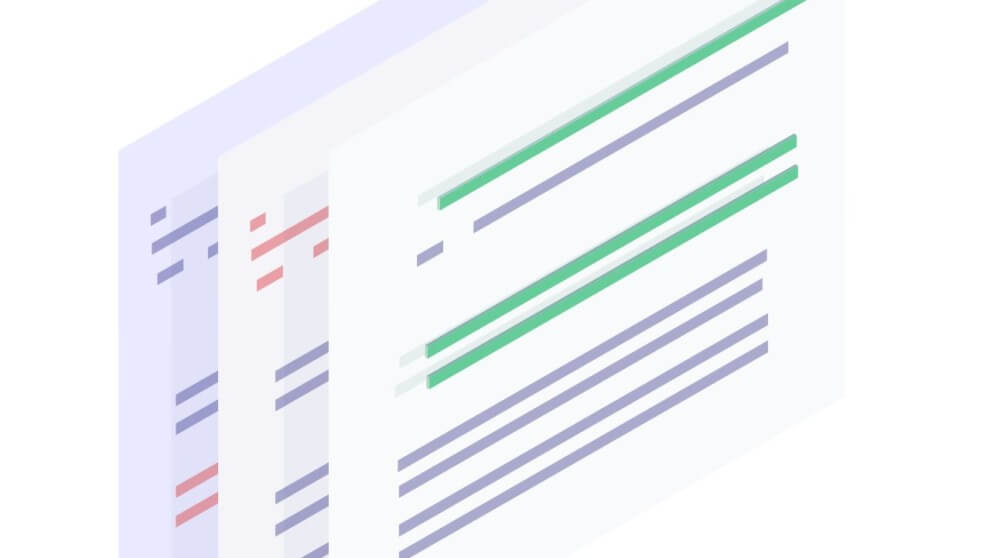