How to Write Exposition

Every writer, whether they be a beginner or an expert, struggles with how to write exposition. So what is this strangely integral part of screenwriting?

Put succinctly, exposition is the relaying of crucial information about the world, characters, or plot in a screenplay so that the audience has enough information to fully understand what is happening on screen. Exposition is an integral part of every screenplay, there’s no way to avoid it so it’s key to understand how to be great at writing it. Remember when Ben Kenobi told Luke Skywalker about the force? That’s exposition.

It’s not just enough to understand exposition. More often than not, you’ll need to nail it. Sub-par exposition can can be the death knell of an otherwise great script. Readers know that this is an area that many emerging screenwriters struggle with and seeing exposition delivered poorly is a tell-tale sign of a writer still in development.

Imagine that you are writing a story set in a far-flung science-fiction world with a multitude of alien creatures, worlds, and concepts. You (the writer) may very well know how all of these factors interact, but the reader doesn’t. Faced with a vast amount of knowledge to relay to the reader some screenwriters think it’s best to have the characters be literally taught the mechanics of the world so that the audience learns alongside them.

This technique is not necessarily bad. It reappears time and again for a reason. Teaching, in a way, is a kind of natural exposition that we find in the real world and so it works naturally in stories.

However, the major problem is that being lectured at is boring. If we’re able to engage with the teacher and ask questions it can be a little better, but as an audience member we’re forced to sit in our seats and be lectured at. This is why this particular method of exposition is increasingly unpopular.

Instead, seek to entertain your audience with the exposition by distracting them with something more interesting. Let’s take the same hypothetical science-fiction world, but this time as the teacher talks our attention is drawn to a mysterious figure lurking in the hallway just behind him. The teacher still delivers the crucial information, but our eyes are drawn to the more interesting element in the scene.

Another method is to absolutely litter an expositional scene with jokes upon jokes. If an audience is laughing then they’ll be more inclined to listen. Think about the difference between a dry teacher who simply reads out of the textbook versus the teacher that riffs on what they’re talking about, engages with it, and cracks wise every so often. While being lectured to in the cinema is far from ideal, it’s better to make it funny than dry.

Conversely, you can forgo comedy in a chunk of exposition and instead layer it with character. Going back to the example of the science-fiction classroom, let’s compare two different methods of delivering exposition about a crucial alien species, the Phanagrams. In the dry boring version of this scene, the teacher may say something like this:

This works. When the Phanagrams show up later the audience will immediately know they’re dangerous, but this feels like the writer is just dumping information on our head. Instead, by layering the same information with characterization we can disguise the exposition while still getting the point across:

The same information is conveyed, but now we know a little about the teacher, a little about their place in the world, and a visceral example of what kinds of things Phanagrams are capable of. The first piece of dialogue is a textbook excerpt, the second suggests a visual image.

While exposition being delivered like a lecture works, it is far from ideal. You always need to remember that a screenplay, despite being a literary document, is intended to be produced as a visual story. That means the more visual you can make your storytelling, the better. Using the outline tool provided in Arc Studio Pro, scan through your story and try to make every event tied to the visual nature of film.  Having someone deliver heaps of exposition may work better in a stageplay or novel (it’s still not great there either though), it can stick out like a sore thumb in movies or TV.

This is why screenwriters try as hard as they can to deliver their exposition through character’s actions through the world. Let’s use two particular case studies as an example.

Let’s take two 2010 films to show how exposition can be done well through action, starting with Aaron Sorkin’s script for The Social Network. In particular, this scene that details the first emergence of Facebook:

Firstly, if there were no voiceover delivering exposition in this section of the movie we’d have no idea what is going on (unless you can comprehend full pages of code in moments). Instead, the voiceover guides us through the action on screen but it is contextualized as Mark writing entries into his blog. It isn’t subtle, but it does the job well enough so that we can accept the voiceover’s guidance.

Also we don’t just stay in Mark’s room with the source of exposition. Parallel to his hacking we follow a party beginning at a different location which brings up the visual action. Mark sitting in his chair isn’t very exciting, but contrast what he’s doing with the party of the popular kids and we start to understand his alienation from the world around him. Additionally, it allows rapid cross-cutting between the two locations which gives the scene a kinetic feeling as it ploughs onwards. The last thing I’d say about this scene is that it’s slow.

Another great example of delivering exposition is the explanation of dreams in Inception:

Inception has a lot of exposition to cover if it’s third act is going to make any sense at all to the audience. This five minute scene could have been delivered as one character telling another character about the plan as one long monologue, but instead it is split up into many different small scenes, each leading into the next at a near breathless pace that carries the viewer along. You’re never given terribly long to dwell on one particular idea.

When considering what idea to plant in the target’s mind the characters stand in a cityscape where buildings rise and fall at a moment’s notice distracting the viewer from the exposition. When the idea of a “kick” is introduced, it is demonstrated by one character teasing another, and then by showing the effect again and again so that it’s clear what causes a “kick”. When the characters think about the target’s private airliner, we are shown that airliner and the target. The shot is relatively ineffectual, but it gives us a bit of visual interest as crucial exposition is delivered.

However, I’ve left one crucial aspect of exposition undiscussed…

Concentrate the info and be concise

When you have constructed an elaborate world that you truly love from head to toe it is more than likely you want to introduce your audience to the world and help them understand why it is so awesome. This is a crucial mistake that is made by many beginning screenwriters. As Jakob Straub argues on the blog in his article 5 elements of a Great Screenplay, worldbuilding before character and plot can make for a weak script. The harsh truth is that an anonymous reader does not have much time or energy to invest in your world despite the qualities it may or may not have. This is unfair, undoubtedly, but it is the way of the world, so we need to think our way around it.

Worldbuilding is fun, but it is not storytelling. Worldbuilding is only relevant to tell your audience when it directly changes the way in which a character acts. Returning to our science-fiction classroom example, this world may contain hundreds of well-thought out alien species, but if the story only has the protagonist come across Phanagrams, then Phanagrams are the only alien that we needs to spend precious expositional time on.

This process is known as concentration. Like good cooking, you need to boil down your sauce until it is as concentrated as it can be so it packs the most punch. Only deliver the information that’s absolutely necessary and stop yourself from indulging in expositional worldbuilding that does not directly affect the characters.

Consider how Eggers delivers his exposition in the opening scene of The Witch:

Firstly, he frames the expositional dialogue as an argument which provides it with a convincing disguise, but he does not use this precious time to delve into the intricate political machinations of puritanical societies in the 1600s. He does not try to contextualize the global political climate at that time, nor does he seek to provide an in-depth history of English colonies in America. Instead, the only exposition he delivers is that which directly affects the characters throughout the story.

I use The Witch as an example because despite the fact that it takes place in history, the world which it describes is very different from our own, much like the science-fiction world of many an emerging screenwriter’s work. Being concise, and concentrating your infor directly around your story is a foolproof way to make your exposition work. 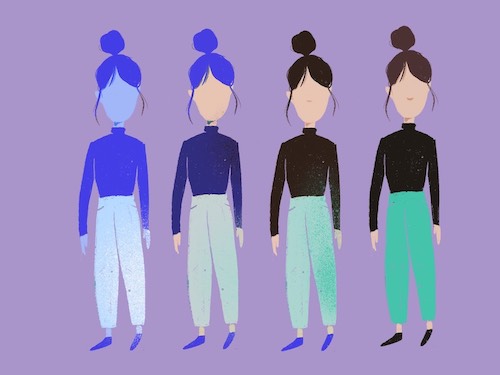 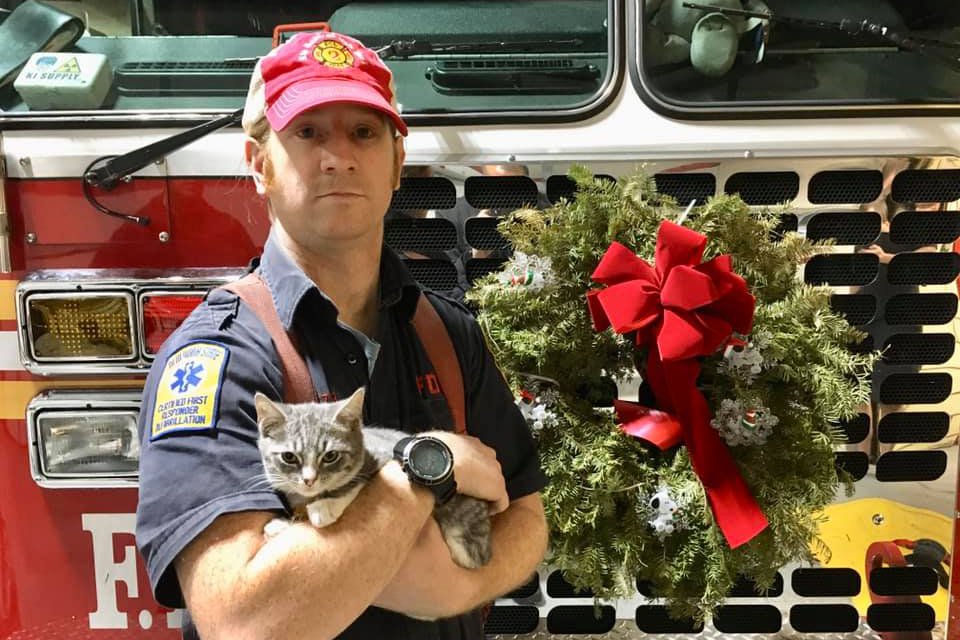 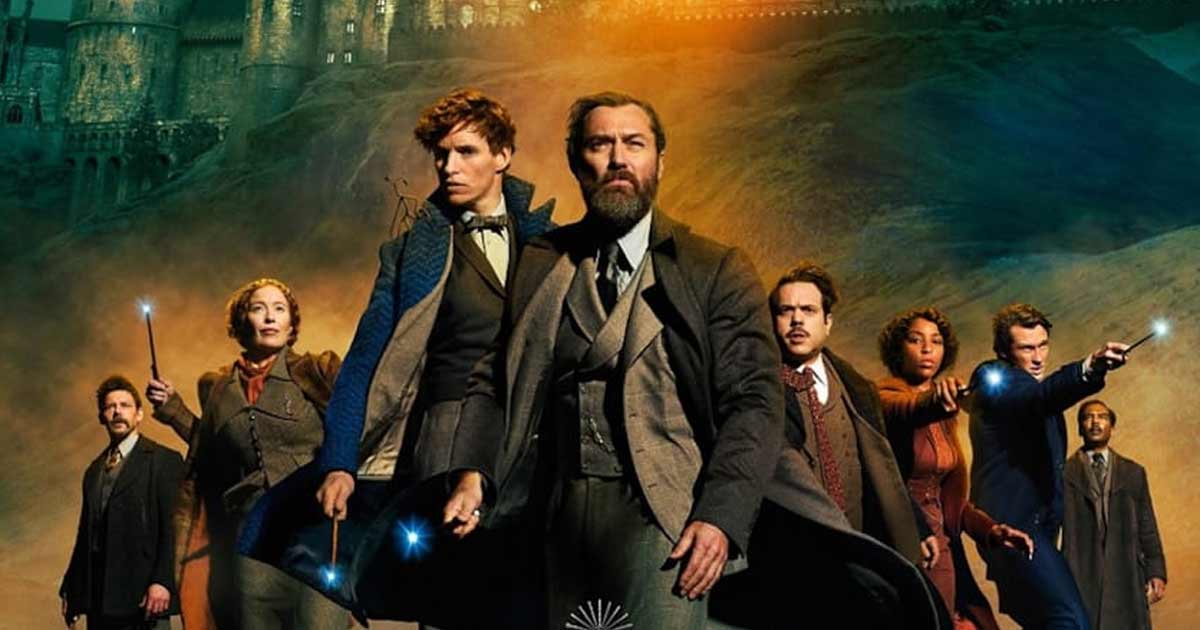