Coverage: LUCY IN THE SKY by Barbara Garofalo

ScriptUp and Arc Studio Pro are teaming up to give you feedback on your scripts. This week, the script coverage service reviews Barbara Garofalo’s screenplay for LUCY IN THE SKY.

The childishly drawn outline of a horse glows in a neon hue. A Beatles song plays faintly in the background. More animal shapes. Maybe a rocket, a beach ball. Images a small child might conjure up. It’s a laser light show. Much like the ones shown at planetariums in museums. Shapes morph and twist into new shapes, some recognizable, others abstract. It feels like a psychedelic trip. The music grows louder. Then abruptly cuts out.

Close on a young-ish woman, asleep in her bed. Now awake. This is Lucy.

She gets out of bed and walks straight to the calendar on her wall. She writes on a day two weeks from today, in pretty cursive, “LAST DAY”. Her space is tiny and very lived in; it’s evocative of a less cluttered antique store.

She gets ready for the day. Through a series of cuts we see:

-She brews a tea.

-She puts on long socks.

-She puts on a coat. One arm. Then the other.

-She puts on her shoes.

-She grabs an umbrella and walks out the door.

She’s left the tea behind on the table, blowing hot steam.

Lucy in the Sky tells a cheerful account of a fatalist’s story. Our protagonist is Lucy, a curious woman who, to outsiders, seems to have her head firmly fixed in the clouds. Lucy is a likeable character. Her role within the story is made interesting by the introduction of an unchangeable outcome: her own death in twelve days’ time. The action of writing ‘Last Day’ on a wall calendar prompts many questions for the viewer: how can she be sure of this? How will she be killed? And how does a knowledge of her upcoming death affect her actions in the present? It’s a foregone conclusion technique, similar to the opening narration of American Beauty, which states:

In Lucy’s case, dramatic tension isn’t established because the audience is ignorant of a character’s end-state, but because it knows exactly what will happen to her. Lucy’s interaction with her boss Betty cleverly teases the idea with the audience that the ‘Last Day’ scrawl refers, quite harmlessly, to her final day of employment, before smashing that idea with the sledgehammer line: ‘Because in two weeks I’ll be dead.’

The opening scenes of the script seek to establish both Lucy’s regular pace of life, but also some of the irregularities that must be embraced now that she’s conscious of her own death. Details such as her boulangerie ranking notes feel well researched and provide a sense of habit or repetitiveness around her actions. Incidentally, the joke that the scale of bread quality seems bizarrely undefined (scores range from 7 to 15) is a funny one, although perhaps it could be punched up if the scores over ten were delayed to the second half of the list, building the impression that the scores are out of a perfect ten until that expectation is confounded. The bread list also throws up a beating question: are we seriously expected to watch an actress take six bites from individual breads before ranking them to earn the punchline? The heart of the joke is all there; there should be a faster way to reach it.

The first ten pages of the script manage to introduce a few key story strands whilst still feeling a little too slow-paced on the whole. Plot threads relating to Lucy’s mother (and her ballet studio), her father, the ring, and a potential romantic relationship with Ben are all nicely seeded. Around these plots, though, there’s a lot of meandering, wandering, and killing time as the fateful day approaches. In some cases these scenes feel like they don’t add much to Lucy’s character (we already know she’s a dreamer), nor to the plot. Specific examples are the puppy adoption center, feeding the pigeons, and mounting the horses (perhaps they could start the beach scene on horses, saving you a page?). All that these scenes have to say is essentially already achieved by the image of Lucy feeding pennies into every parking meter on the street, which is beautiful and unique. And there are many open questions, even after Lucy’s explanation of the origin of her premonitions. We know that her ‘dreams announce endings’, but which dream is she drawing her current certainty from? Presumably not the dream filled with animal shapes, beach balls and The Beatles from the opening sequence? I hope we find out.

By the end of ten pages the reader’s impression of Lucy is still, well, loose. Whilst this fits with the tone of light mystery that the script creates, it would be great to have a few more concrete details about her. At present, even the protagonist’s mother is more roundly described than the protagonist! It’s an easy fix to make: her opening character description could, for instance, provide some punchy details about her age, appearance and attitude. Lucy’s behavior is quirky and interesting. She seems harmless and caring towards those around her. These character traits are revealed through actions (such as placing a flower on each gravestone in the cemetery, not only her father’s) and through her claim to have found an ‘infinite peace’. She’s a kind of buddha in a tutu, occasionally more like a fairy than a living human. It would be great, however, to define some of her plot arcs more concretely at an earlier stage. For instance with her mother: what is the conflict that exists between them? Do they want a resolution? These are the kind of hooks that would be useful to plant within the first ten pages to grab the curiosity of the reader/viewer.

Lucy in the Sky deals with some with serious themes whilst managing to sustain a light, dreamy tone. The question of determinism, fatalism and whether to embrace or fear powerlessness are at the very centre of this screenplay. All this, surrounded by neon horse drawings. For this tonal contrast to work, it’s essential for the audience to root for Lucy and for her to state her goal as a character so that we can get behind her. She seems to have come to terms with death; perhaps her aim is to get others to do the same? Stylistically, many of the quirks of a film like Amelie or Wes Anderson’s works are at play here. As with those films, cheery images and choreography are used here to cloak a thoughtful center.

p.1) The script’s first scene needs a scene heading (even if you do open over black).

p.1) ‘A Beatles song plays in the background.’ Two issues here: firstly, which Beatles song? I imagine you had one in mind as you wrote the sequence, so let us share that atmosphere with you by naming the song. The second is more boring: rights and clearance issues mean that songs included in a screenplay rarely make it into the finished film. A note about all mentioned music being a guide, or phrasing like ‘A song plays. Think ‘Yellow Submarine’ by The Beatles’ is all that’s needed.

p.1) ‘Close on a young-ish woman’. How young is she? This could be anywhere from 18 to late-40s, depending on your outlook. Try to provide your reader with a concrete image of the character by specifying where possible.

p.3) ‘Then we cut to:’ If you really want to emphasize the sharpness of the transition then I would recommend adding ‘CUT TO:’ aligned left on the page. Even better, however, would be to omit the sentence entirely as a cut is the default transition implied by the change of scene heading.

P.3) ‘INT.  LUCY’S BEDROOM – THE NEXT MORNING (D2)’ It looks as if the (D2) here is counting up until (D12), the day of Lucy’s death. If this is important information for the reader, then how will it be communicated to the viewer? Via a series of titles? If so, they need to be written on the page. And a question: does it create more tension to count upwards from one to twelve, or count the ‘number of days remaining’ from twelve to one?

p.5) ‘Young Man’ appears without capitals, and later with them on the same page. Either is fine, but consistency between the two is important.

p.8) The number ‘11’/’eleven’ appears in both numerals and letters in dialogue on the same page. The word ‘eleven’, fully spelled out, is generally preferred in dialogue. 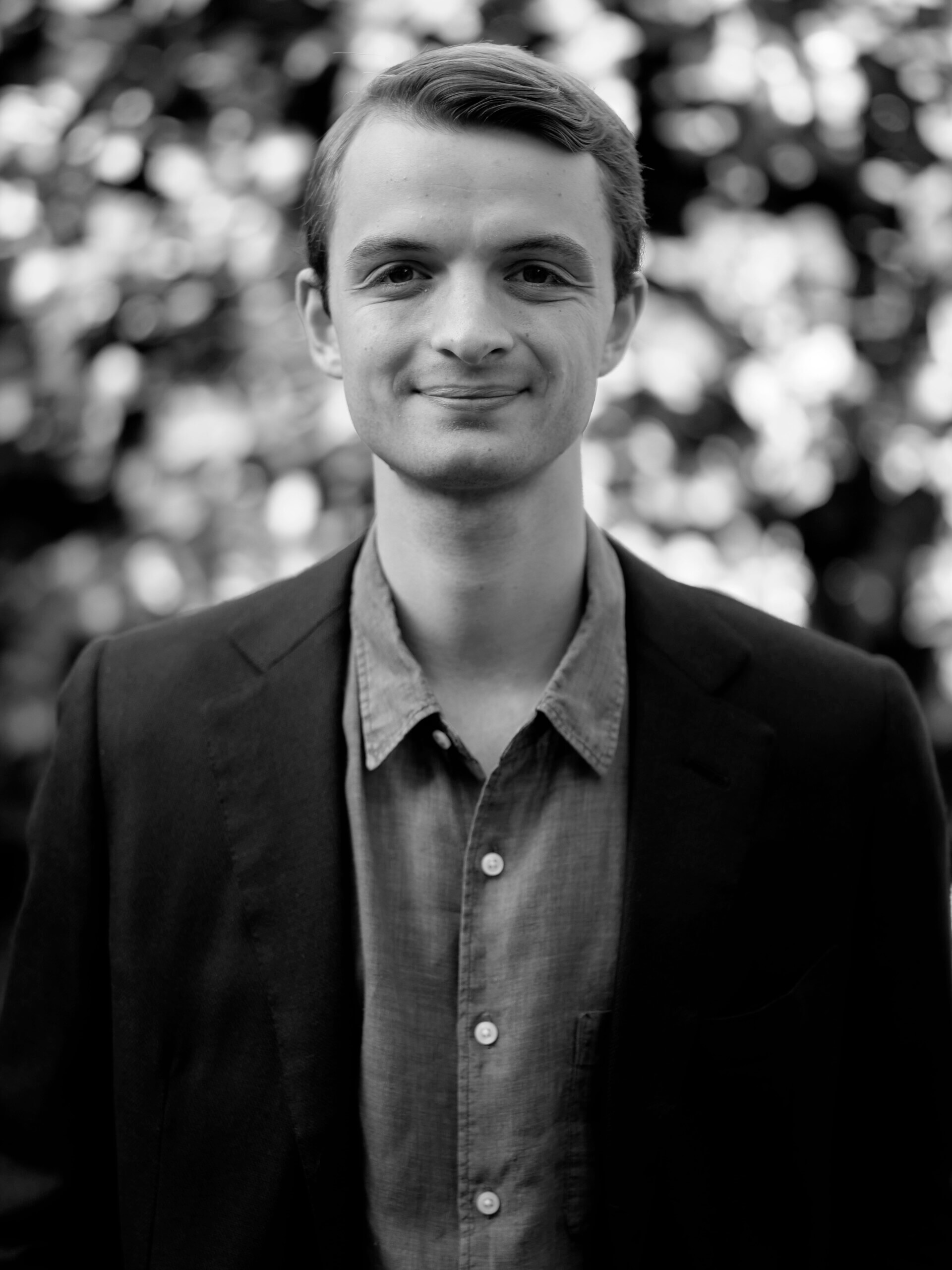 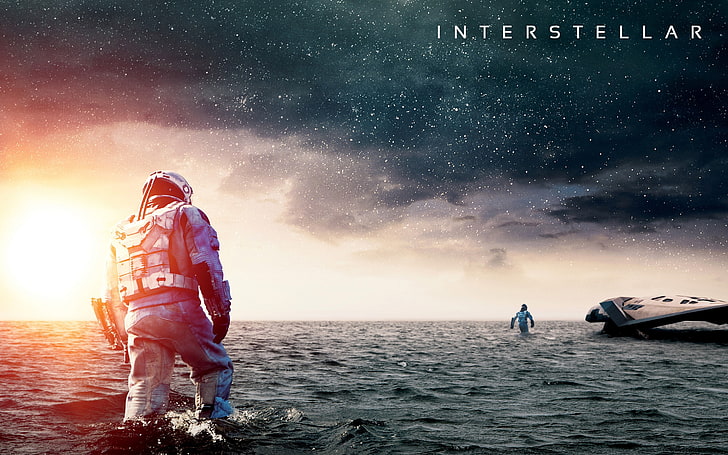 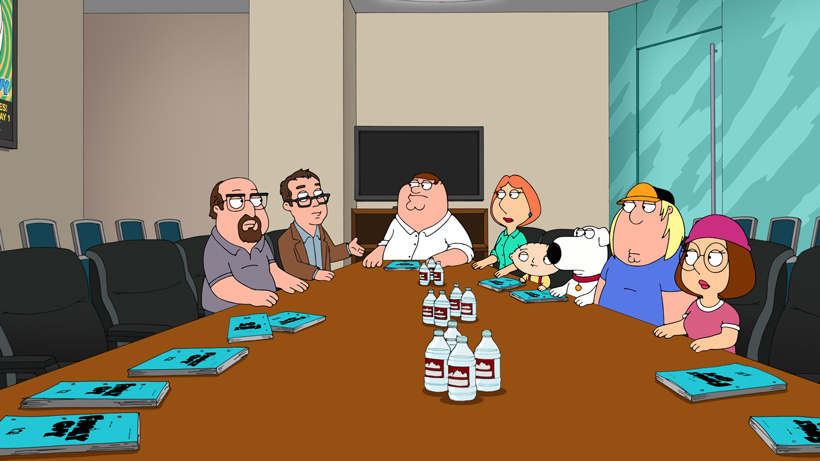 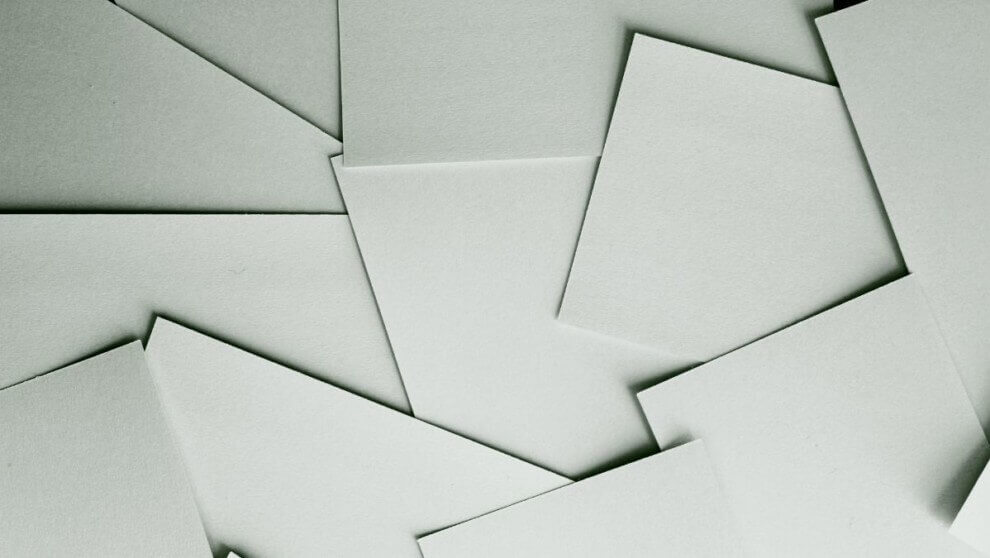